Freeman Trail Blazer is the best tobacco vape juice flavor on either side of the Rockies. First, you start with the most authentic tobacco e-liquid flavor. Most tobacco flavors generally taste like some combination of feet and something burnt. Yah, not good. On the other hand, Freeman’s tobacco flavor is inspired by freshly dried tobacco leaves. Nothing burnt. Just fresh, earthy tobacco. That’s where we started but not where we ended up. To craft the best tobacco vape juice flavor, we knew it would require some conventions to be ignored. We added peanut butter and butterscotch flavor to compliment the earthy tobacco flavor tones. Trailblazer is for tobacco lovers looking to forge a new path. Very authentic, earthy complimented by a nutty density, and perfectly accented with a touch of butterscotch. Harmonious.

All ingredients sourced in America. We are authentically American. Authentically Freeman.

We are proud to offer the fastest and most economical shipping in the industry in the most discrete packaging available. Free shipping on orders over $30

We have our own State of the art, highest quality standards, e-liquid lab. Staffed by passionate vapers who are also degreed chemists.

Great reasons to buy from us:

My fave. This is a great flavor profile for me. I would love to try it with an extra flavor shot maybe? For me, It's well balanced and satisfying adv. I will order again because mostly it rocks, mixed with Banana Chase! Probably the Peanut butter tying it all together. My favorite and most quickly vaped from the bundle.

This is the juice, perfect blend

Nice and smooth with great clouds...could use a bit more tobacco flavor. Too bad you don't offer flavor shots.

Trailblazer is a great tobacco flavor a bit on the sweet side but not overly sweet like many tobacco flavors out there. And I have tried a lot of tobacco flavors in my 11 year vape journey that I started to quit smoking traditional cigs. I’m not into the dessert or candy flavors so I’m always looking for a good tobacco flavor to keep me off the stinkys and this is a good one. So thank you Freeman for giving me a good option with very good and clean burning juice that’s good on coils for a very good price. I will definitely keep this in stock and in my juice rotation. So if you like tobacco flavors Trailblazer is a must try IMO and if tobacco isn’t your thing I say give it a try it might surprise you with the sweet peanut butter and butterscotch that blends very well with the tobacco. Also tastes very good with a nice dark malty beer or a sweet bourbon.

I've bought this juice NUMEROUS times, and it is the definition of consistent and delicious. At 3mg or 6mg the flavor doesn't waver. It's my go-to every day!

This is one of my new favorite flavors, definitely in my top 5 tobacco flavors. I’ve tried a lot of them and didn’t like most but Freeman got it right on this one. Could be a little more tobacco a little less butterscotch but I really enjoy this flavor and will purchase it again. 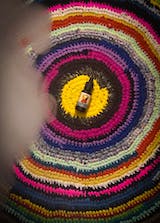 My husbands favorite. This is a very nice blend of flavors. Nothing overpowering about any of it. It's a very smooth and rich flavor with a hint of sweet. The description doesnt lie! This is one of the very few tobacco blends I will use. If tobacco flavors usually turn you off because of a weird taste then this is the juice you need to buy! No need to he afraid to try this one.

I tried trailblazer, imagine ,1885, and menthol breakdown. I do like trailblazer and have ordered more but it's the only flavor I liked. It's more on the sweet side than tobacco to me. But I've always liked butterscotch anyway so this was a good one for me. The milkshake one tasted wrong, the vanilla was just off I cant really say how except the vanilla just was not right. The menthol one was not menthol enough for me on the hit and just left a after taste and the berry flavor with it was just not necessary. It left my coil tasting like menthol for the next for tanks to so that sucked like I knew it would after tasting that lingering menthol. The imagine was my 2nd choice, I could vape the rest of this 30ml. It taste just like a lemon wafer cookie. But I've mostly been on a tobacco kick lately and I'm really picky about juice. The trailblazer was a winner though.